Meiji Jingu is the largest Shinto shrine in Tokyo.

Enshrined is the Emperor Meiji who was the great ground father of the current Emperor. 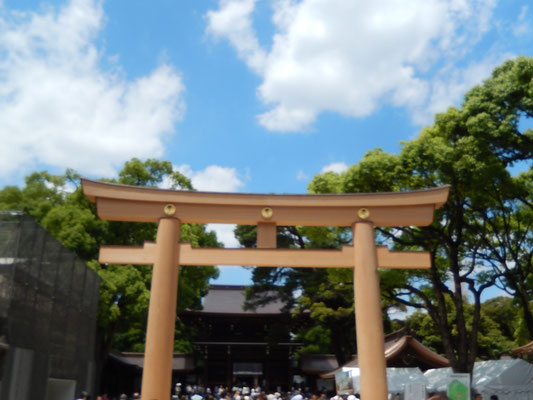 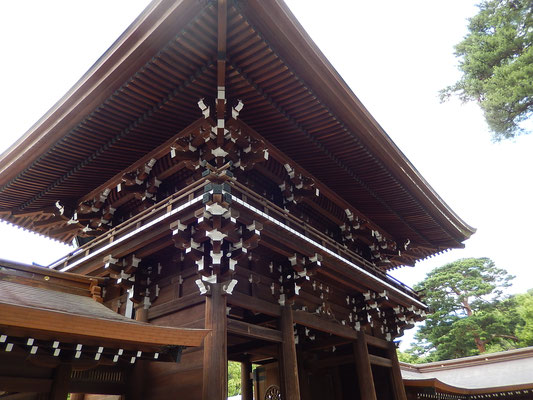 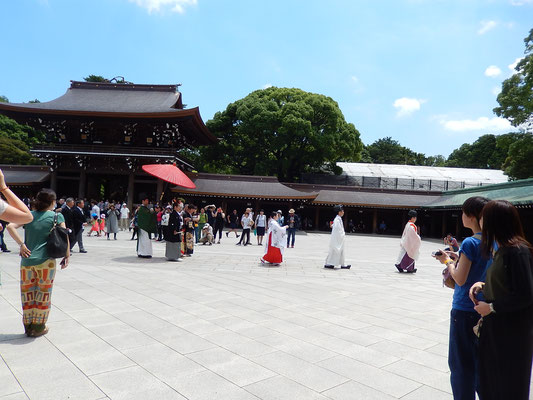 In the late 19th century, the big political change took place in Japan. The samurai government called "Tokugawa shogunate" ,which has lasted for about 260 years, came to an end and the Imperial government was restored. The Emperor moved to Tokyo from Kyoto and he took a lead in making Japan a modern and industrialized country.

After he died, the Meiji shrine was founded to commemorate his great work in 1920.

At the entrance, there is a tall wooden gate called "Torii". It is a shrine gate consisting of two pillars connected at the top with two horizontal bars. The function of a torii is to mark the entrance to a sacred space.

The Meiji Shrine seems to be in a natural forest, in fact, it is an artificial forest. More than 100,000 trees were donated from different districts all over the country at the beginning. So, there are many kinds of trees found all over the country. Now big and old trees in the forest add the sacred atmosphere.

During the first three days of New Year, over 3 million people visit here to pray for their happiness, success, health, passing a exam, and more.

Because sumo has been deeply related with Shinto, champions of sumo wrestlers called Yokoduna hold special rituals in the Meiji shrine sometimes.

If you want to visit with a guide, I recommend "Tokyo one day tour with Sumida river cruse".

This tour covers the Meiji jingu.