In Tokyo, the cherry blossom season is from late March to early April. The blossom is in full bloom only for several days. So, this tour is offered during the cherry season only from Mar.27 to Apr.10.

These destinations can be changed to other spots according to a customer’s request, such as Yasukuni Shrine, Ueno park, Sumida park, and Monzen-nakacho. 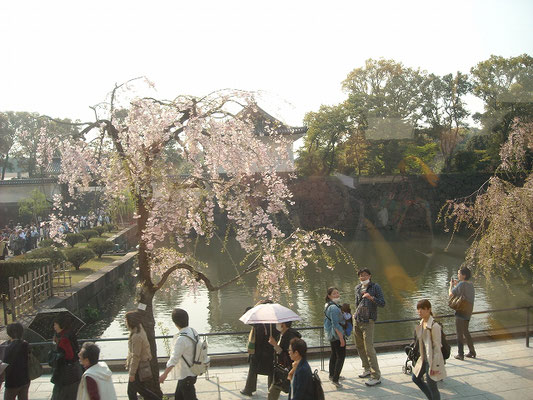 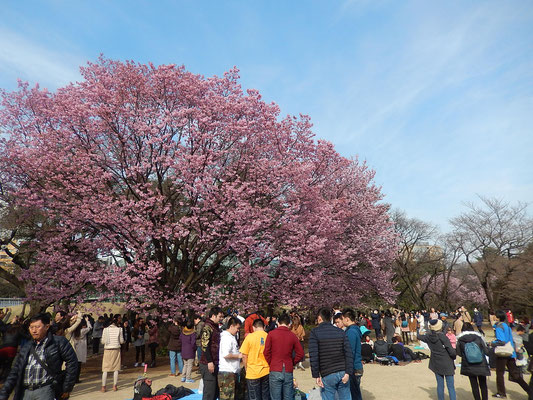 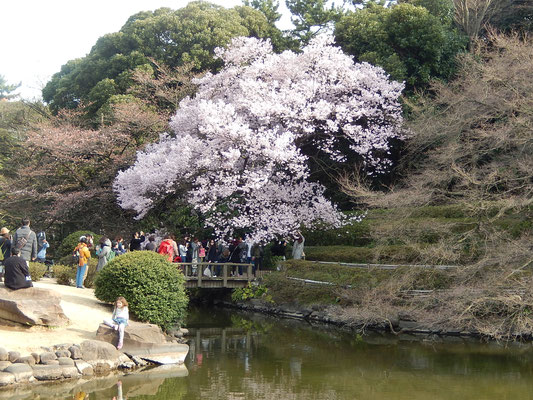 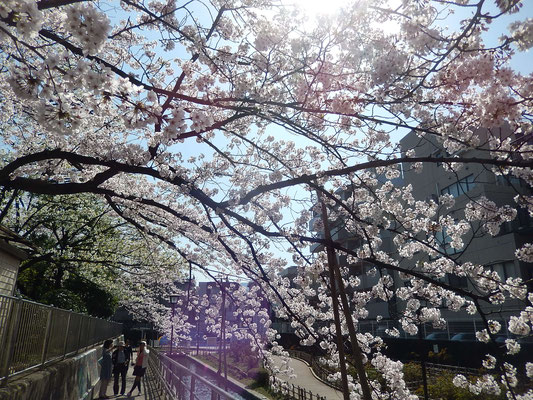 < What you can expect in this tour >

We will visit three of the most popular cherry blossoms viewing spots in Tokyo.

1.East gardens of the Imperial Palace

The East gardens of the Imperial Palace is a large park having ruins of Edo Castle and various kinds of trees including many cherry trees.

The Edo castle was the former residence of the Tokugawa shogun who ruled Japan from the beginning of the 17th century to mid 19th century. You can see the foundation of the castle tower on top of the hill. There is a large Japanese garden, which is a landscape strolling garden.

The Otemon entrance is a short walk from Otemachi station.

Hundreds of cherry trees decorate the moats of the Imperial palace. There are many small boats for rent. People enjoy cherry blossom viewing from boats. The park next to it is called Kitanomaru Park, and is a place for quiet viewing. Every year, there’s a cherry blossom festival around the Chidorigafuchi area that goes on until nighttime. Picnics are not allowed.

It is a very large botanical garden featuring more than one thousand cherry trees of over a dozen varieties. There are not only Japanese gardens, but also an English landscape garden, a French formal garden and a forest called Mother and Child’s forest. People enjoy picnics in spacious lawn areas.

Meeting point: at your hotel or JR Otemachi station

Finishing point: at the final destination

2) Comfortable shoes are recommended, because we walk more than 3 km.

3) When weather is bad, the tour course may be changed after consultation with a guest.

Subway or taxi : from your hotel to Otemachi station

entrance fee of Shinjuku Gyoen (you)

food and drinks (you)