Kamakura is an old city located about an hour from Tokyo by train. It is where the first Shogunate was established by Shogun Minamoto-no Yoritomo in 1192. Kamakura has been the center of politics for 140 years since then. This period is called Kamakura era.

In the Kamakura era, Zen Buddhism has flourished thanks to the Shogunate’s special patronage. There are about 120 Buddhist temples and about 40 Shinto shrines in Kamakura. Many of them are well maintained and are popular for visitors.

A terrible incident happened during this era. The Mongolian Empire lead by Kublai Khan invaded and sought to conquer Japan with 30,000 troops in 1274 and again with 140,000 troops in 1281. Both attempts ultimately failed because samurai forces bravely defended, and many Mongolian ships were sunken by typhoons. Engakuji temple was founded to pay respect to the fallen Japanese and Mongolian soldiers. 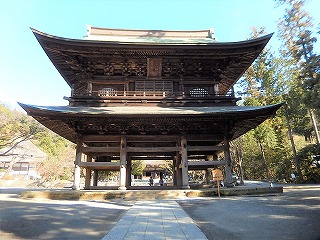 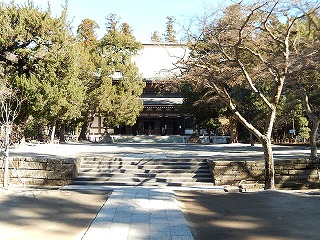 Engakuji temple is one of the leading Zen temples in Japan. It was founded by the ruling regent Hojo Tokimune in the year 1282, one year after the second invasion attempt by the Mongols had been reverted.

Engakuji is built into the slopes of Kita-Kamakura's forested hills. The temple maintains the classical Chinese Zen monastic design. It has many historical buildings.

①The Sanmon gate is a two-storied main gate which was constructed in 1783. On the upper floor there are statues enshrined of Bodhisattva, the Sixteen Arhats and the Twelve Heavenly Generals.

② The temple's main hall is called Butsuden. It is dedicated to Hokan Shaka Nyorai (Shakyamuni with a Jeweled Crown), the main object of worship of the temple.

③ The Shariden is a beautifully designed hall in which a tooth of Buddha is enshrined. It is designated a national treasure. The structure is typical of Chinese-style architecture introduced from China with a style close to that of the Song dynasty.

④ The Great Bell called Ogane stands on a hill was created by a famous craft-man called Mononobe Kunimitsu in 1301 and is designated a national treasure.

Tsurugaoka Hachimangu is the most important Shinto shrine in Kamakura. This shrine was originally built in 1063 as a branch of Iwashimizu Shrine in Zaimokuza near Kamakura. Minamoto no Yoritomo moved it to its present location in 1191 and invited Hachiman (God of war) to reside in the new location to protect his government.

Both the shrine and the city were built with Feng Shui in mind. The present location was carefully chosen as the most propitious after consulting a diviner because it had a mountain to the north, a river to the east, a great road to the west and was open to the south (on Sagami Bay). 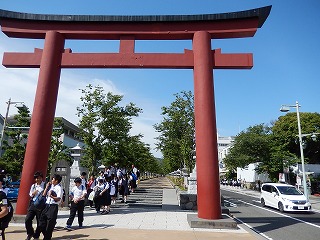 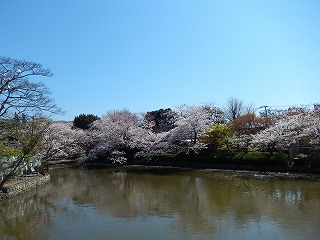 As you enter beneath the large torii gate marking the sacred ground of the shrine you cross over a bridge, there are two ponds. These are known as the Genpei ponds, Gen for the Minamoto clan and Pei for Taira Clan.  It was a 5-year battle between these Samurai and the victory of the Minamoto led to Minamoto’s rule and the beginning of the Kamakura period.

Tsurugaoka Hachimangū is the center of much cultural activity and both yabusame, (archery from horseback), and kyūdō (Japanese archery) are practiced within the shrine. It also has extensive peony gardens, three coffee shops, offices and a dōjō. Within its grounds stand two museums, the Kamakura Museum of National Treasures and the Museum of Modern Art.

An ancient Chinese system of designing buildings and space arrangement according to special rules about the flow of energy, aimed at achieving harmony with the environment.

Zen is a school of Buddhism. It was founded by the Indian priest Dharma in the early 6th century. It focuses on meditation in a seated position. Since its arrival in Japan in the 13th century, Zen has developed itself and exerted a great influence on Japanese culture and thought including tea ceremony, flower arrangement, and Bushido or the way of samurai.

③ An article of 2aussietravellers.com